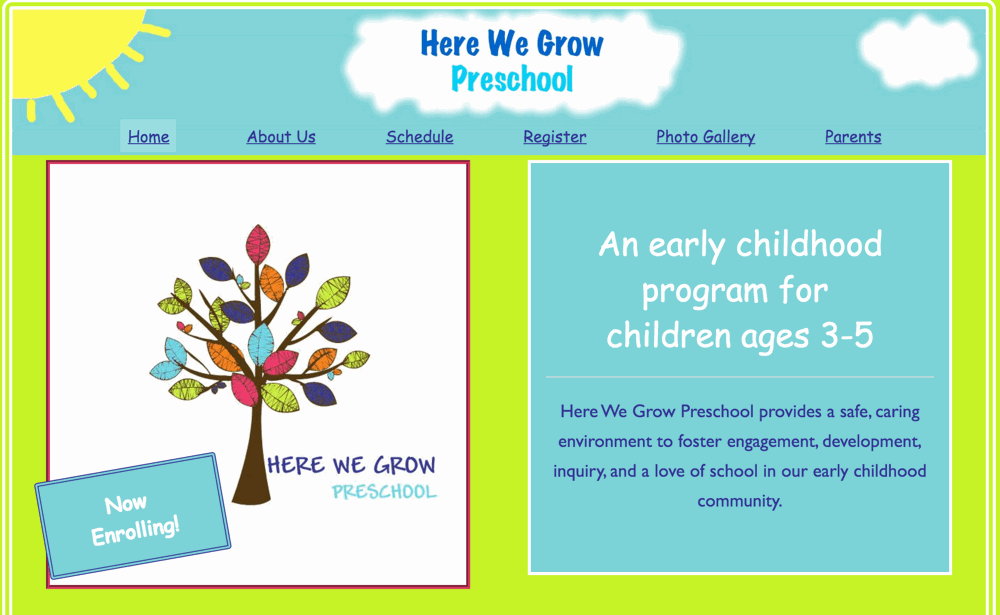 This was the first website I built when I started learning to code. I created it for a friend who had just started her own preschool.

The original version looked a little different…but early data from Google Analytics showed the majority of visitors were using mobile devices, and the first design didn’t translate well at all. This was an important turning point for me in realizing the importance of a responsive design that would look nice and be easy to read on multiple devices.

I consulted with a graphic designer and explored the Bootstrap and Foundation frameworks to create a second version of the site that was fully responsive and much easier to read on desktops as well as mobile devices.

In the third phase of development, I converted the site into an application using Ruby on Rails. The public-facing site looks mostly the same, but now parents can log in to access announcements, newsletters, class materials, and other documents. There is also an admin dashboard for the teacher to manage parent accounts, create announcements, upload documents, and send automated emails with reminders and newsletters.